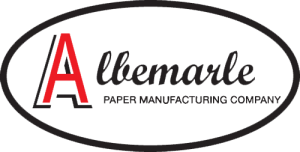 On the evening of Friday, February 11, 1887, five businessmen met in Richmond, Virginia to consider forming a paper company. Albemarle Paper Manufacturing Company was born that night, and the men soon built a factory on a parcel of land located on Tredegar Street between the James River and Kanawha Canal. There, they manufactured Kraft paper and blotting paper, and enjoyed success during the early decades of the 1900s.

Meanwhile, an Ohio businessman named Charles Kettering discovered that a certain combination of chemicals added to gasoline could reduce engine “knock.” That led Kettering to launch a business in 1921, and form a joint venture between General Motors and Standard Oil of New Jersey in 1923. That company, General Motors Chemical Corporation, became Ethyl Gasoline Corporation in 1942.

In the summer of 1941, F. D. Gottwald was named President of Albemarle Paper. Early in his tenure, new materials started entering the market that he recognized would undermine the profitability of the paper industry. As an expansion-minded leader, Gottwald began looking for a partner to make polyethylene film in order to compete in the changing environment. During this search, he came across Kettering’s Ethyl Corporation.

Under Gottwald’s leadership, Albemarle Paper Manufacturing Company acquired Ethyl in 1962 in what was then the largest leveraged buy-out on record. Popular headlines described the transaction as “Jonah Swallows the Whale.” Albemarle adopted the Ethyl name and steadily increased its presence in Richmond.

After expanding and diversifying during the 1980s, Ethyl began to spin off a number of divisions. In 1989, the aluminum, plastics, and energy units became Tredegar Industries. In 1993, it spun off its life insurance company, First Colony Life. And in 1994, the specialty chemicals business was spun off as Albemarle Corporation.

As the global consolidation trend of the 1990s came to the petroleum industry, Ethyl led the charge for petroleum additives, acquiring Amoco Petroleum Additives in the U.S. and Nippon Cooper in Japan in 1992, and Texaco Additives Company in 1996. These acquisitions allowed Ethyl to expand its global presence, enhance its research and testing capabilities, and broaden its product lines while streamlining its manufacturing and support functions. 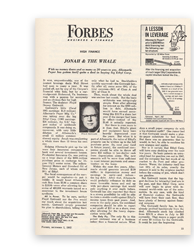 The result is two distinct companies, both committed to the products and markets it knows best, but operating under the guidance of a parent focused on overall strategies and synergies for long-term growth. Today, NewMarket continues to grow by expanding existing business with customers and consumers around the world, and by acquiring additional companies that meet its standards of lasting quality.

Through all of that expansion and change, we remain proud of our unique history and perspective. In fact, the inspiration for the NewMarket logo was the 1962 headlines describing Albemarle’s acquisition of Ethyl – “Jonah Swallows the Whale.” And today, NewMarket sits overlooking the parcel of land located on Tredegar Street between the James River and Kanawha Canal where the foundation for Albemarle Paper Company was laid over a century ago.